Diverticulitis is a delicate inflammatory disease of the colon (large intestine) caused by another condition known as diverticulosis or diverticular disease.

The latter consists of the formation of a single or multiple kinds of the sac (the diverticulum) in the wall of the colon, the size of a bean.

Diverticulosis usually occurs in people over 60 and affects women more. It is a health condition that is associated with a low fiber diet, with symptoms that start when one or more diverticula become infected and inflamed.

Let’s review below 10 signs of diverticulitis that you should know so that you consult your doctor in a timely manner.

1. Pain in the lower abdomen

It is the first sign that manifests. The pain can be very vague and thin or localized and intense, depending on the degree of commitment. It is a colic type.

The characteristic is the persistence of pain that can decrease or increase but does not disappear completely. 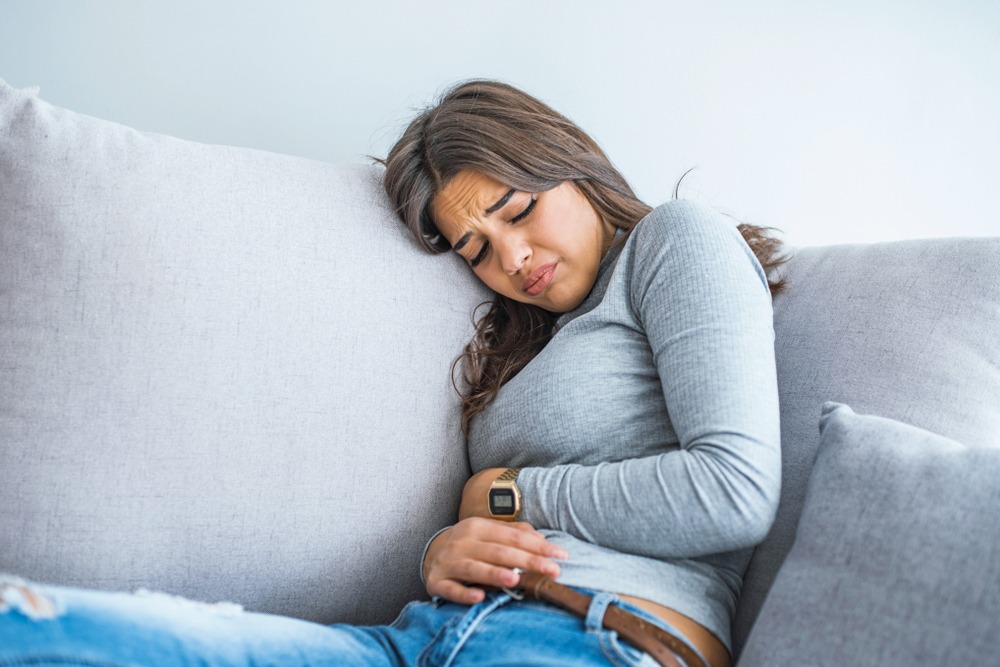 The left and lower side of the abdomen is the main affected by pain because it is where the colon is longer. Cases that occur on the right side are often confused with appendicitis.

Pain may increase with the ingestion of some foods (milk, fat, etc.) and decrease after evacuation. If your intensity increases sharply you will have to call or assist a doctor, because in abdominal pain, especially in children and the elderly, self-medication is contraindicated.

2. Bleeding from the rectum

Bleeding from the rectum occurs frequently when the diverticula are in the final third of the colon because at that level the stool is harder and formed and more easily produces erosion on the irritated and inflamed mucosa. 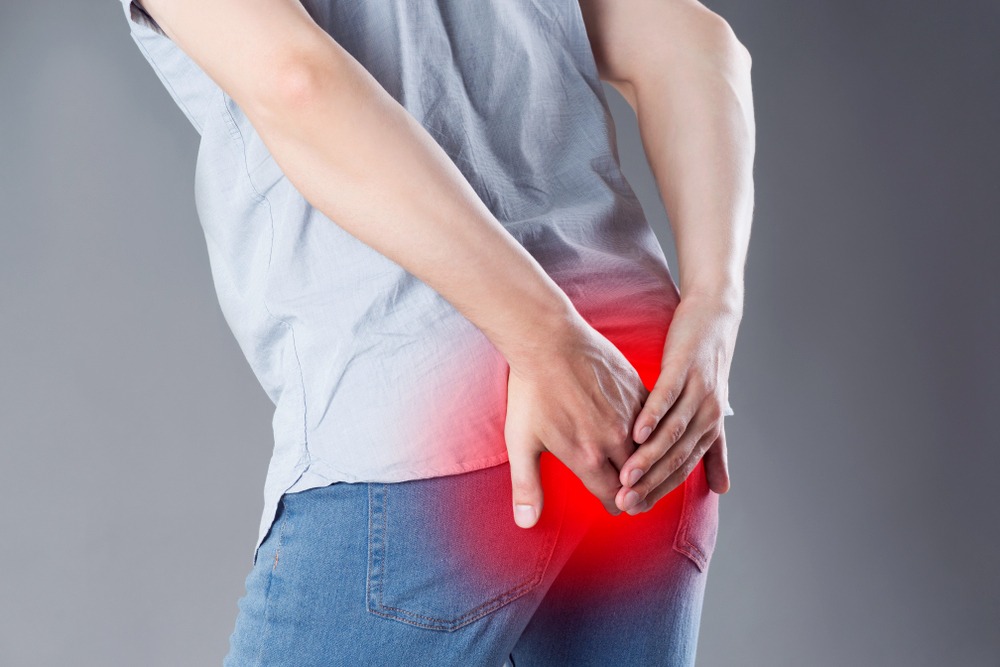 The diverticulum may bleed spontaneously as a result of the inflammation itself. Its main feature is glowing red bleeding that is less or greater, depending on the number of inflamed diverticula.

It may appear as a single sign or be accompanied by others, but it always points to the urgency of consulting with a doctor who performs the necessary examinations.

3. Alternation of periods of constipation and diarrhea

Although this is another sign that may suggest the existence of diverticulosis, these periods of constipation and diarrhea occur occasionally and sporadically. 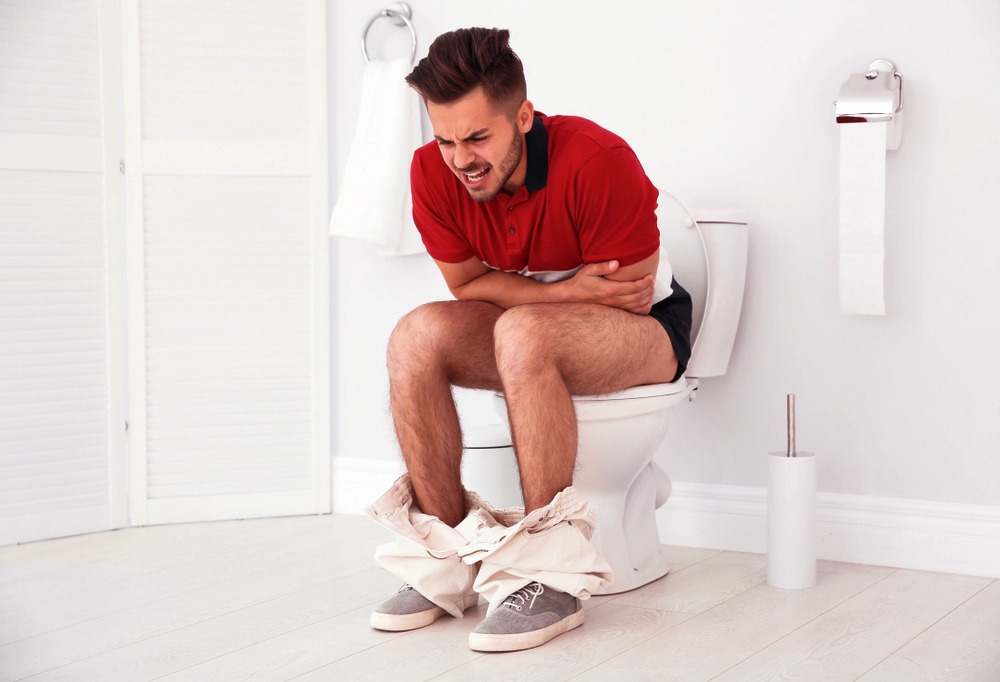 During diverticulitis, alternation states occur with greater frequency and intensity and maybe the only sign that guides the doctor to establish the diagnosis.

It is not ruled out that periods of constipation and diarrhea are accompanied by rectal bleeding and nausea and/or vomiting, respectively.

Abnormal swelling of the abdomen due to the accumulation of gases inside or outside the intestines is known as bloating. 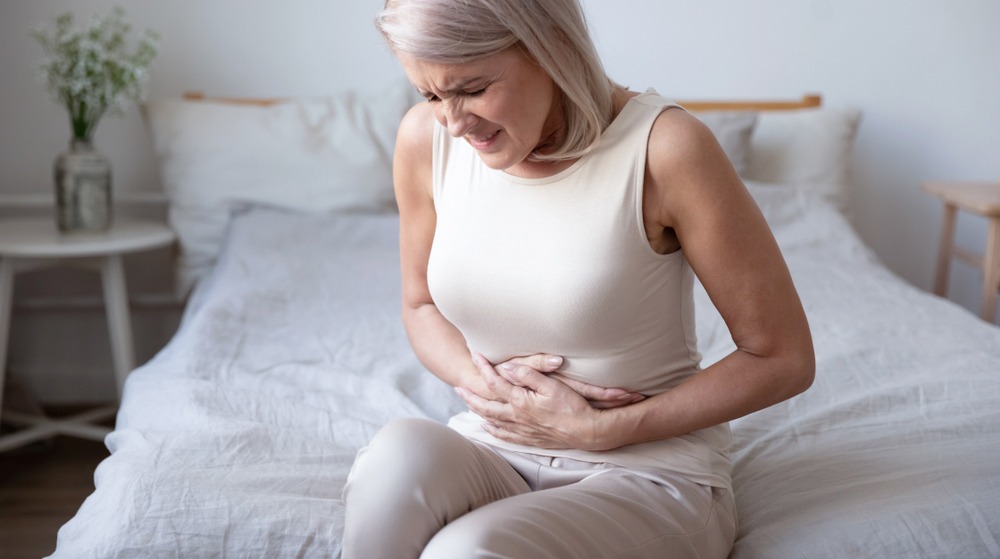 Diverticulitis increases the production of gas by the bacteria that usually live in our intestines, which causes dilation and bloating.

Bloating can also be one of the initial signs of a diverticular perforation, so you should immediately consult a doctor who will determine the radiological study necessary in each case, to establish the diagnosis.

Fever is a sign that your immune system (your defenses) is activated and fighting an infection or other harmful agents. Immunosuppressed people do not experience it.

Fever may be present in diverticulitis and vary in intensity and duration. Its presence and persistence above 39.5 ° C, together with the sudden increase in pain and the appearance of bloating, may be indicative of a perforation. 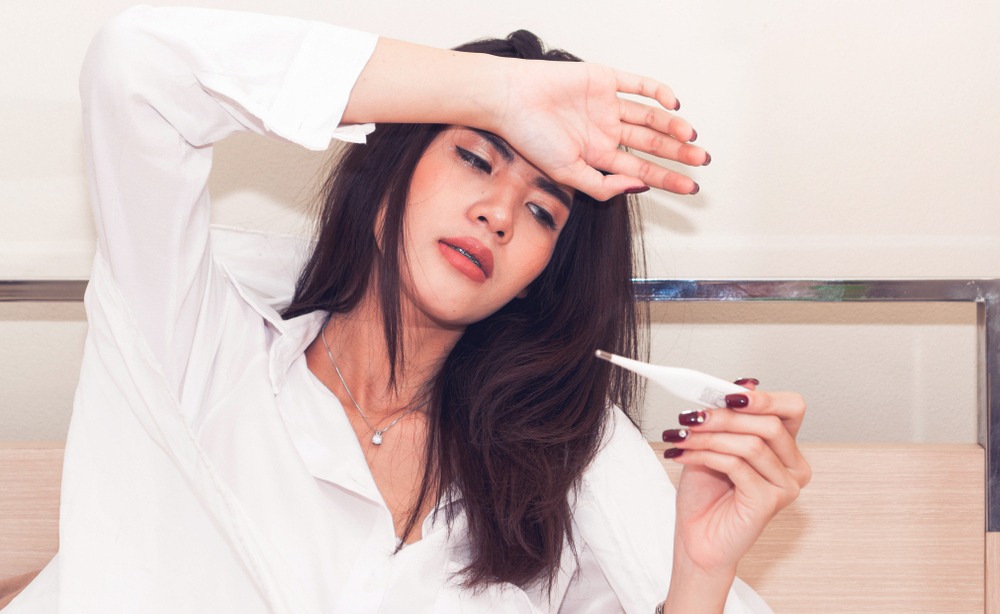 The perforation of a diverticulum is complicated by peritonitis, the extension of the infection that was in the diverticulum to the entire abdominal cavity, which can involve all the other organs of the abdomen. Another consequence is the formation of an abscess within it.

While you can take fever antipyretics, the association with some of the mentioned signs warns that you should consult a doctor as soon as possible.

Nausea and vomiting are accompanying signs of diverticulitis, but the latter is an alarming symptom.

Vomiting will lead to dehydration, a more severe condition in children and the elderly. 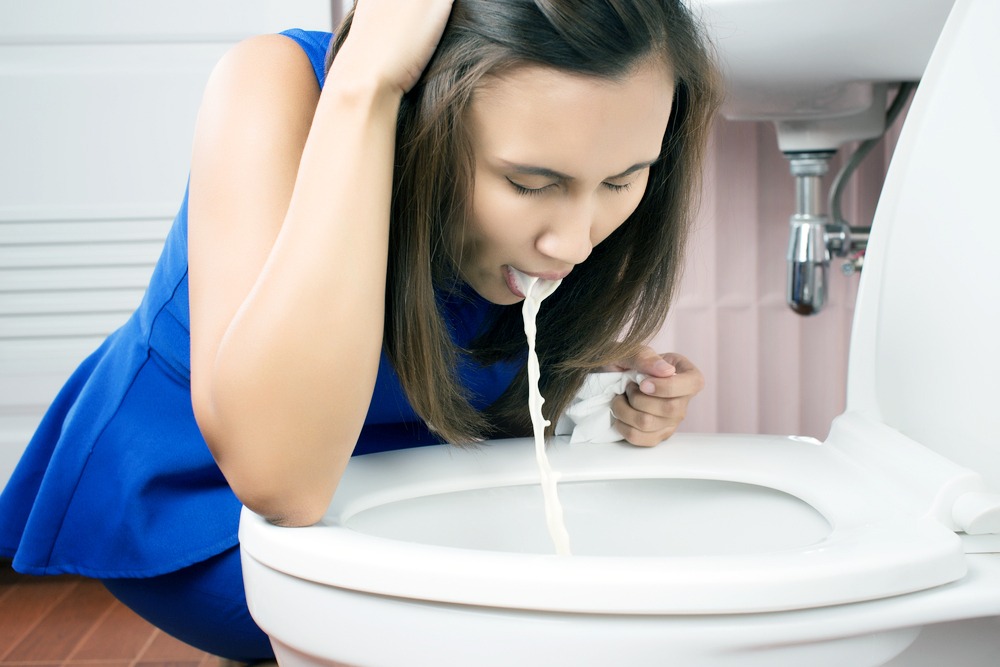 The appearance of vomiting is suggestive of complication (sepsis or perforation), so the addition of these to the above signs indicates that you should urgently consult a doctor.

Diverticulitis itself does not cause loss of appetite, but the signs we have mentioned do. As you will not feel like eating you will lose weight. 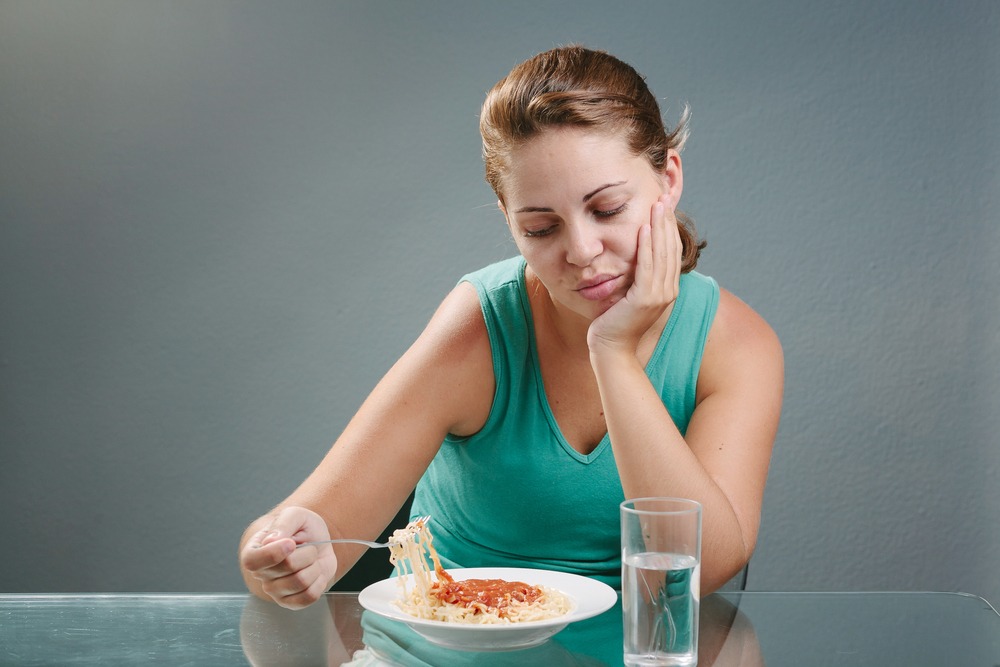 The alternation of periods of constipation and diarrhea can lead to bloating, making the lack of appetite greater.

8. Burning or pain during urination

Urinary infections and changes in bowel movements can cause patients with diverticulitis to experience a burning sensation when urinating ( dysuria ). 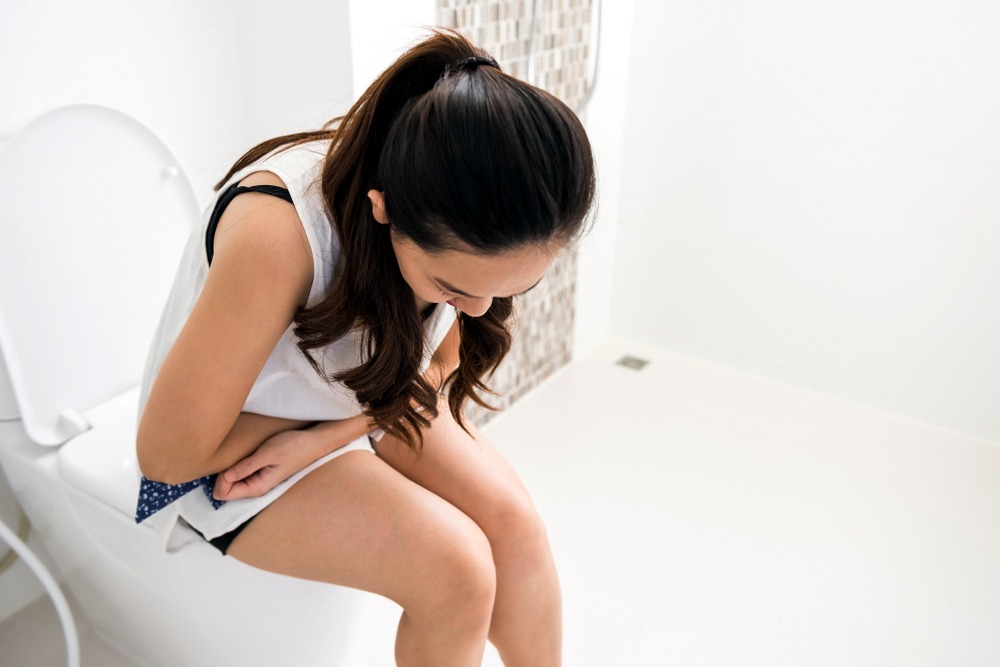 In complicated cases with bladder perforation or fistula formation (a kind of canal) between the colon and the bladder, dysuria is more frequent and intense because the gas or feces of the colon pass into the bladder and urethra.

Check with your doctor as soon as possible.

Urinary tract infections (UTI) usually accompany diverticulitis, with men being the most affected because the location of the uterus protects the bladder of women.

UTIs can cause irritation in the lower urinary tract. The researchers suggest that they occur in a third of patients with diverticulitis. 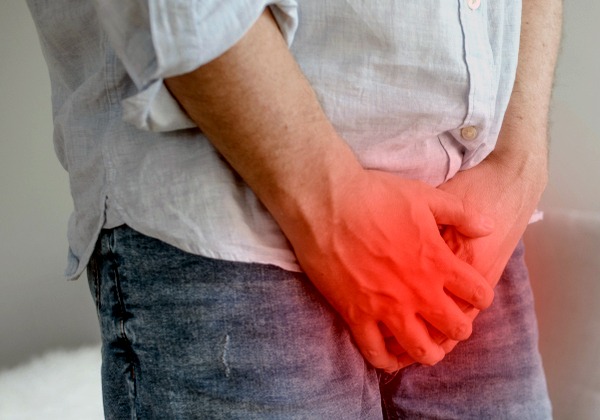 Burning when urinating, the urgency to do so, increased urinary frequency and pain in the lower abdomen as a feeling of weight at that level, suggest the appearance of diverticulitis. Check with your doctor.

This is the name of the collapse of a person. Its symptoms are cold sweating, general paleness, tachycardia, drop in blood pressure and loss or not of knowledge. 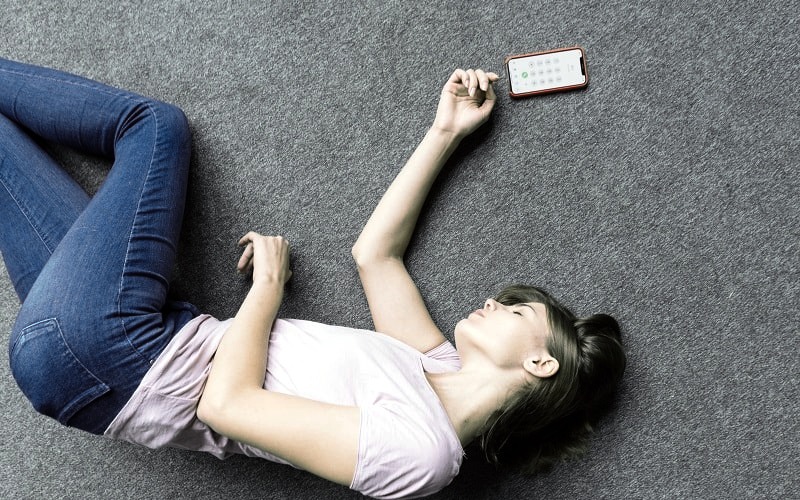 The onset of shock is indicative of immediate consultation with the doctor.

95% of cases of simple diverticulitis can be treated at home following medical guidance. Only 5% require hospitalization for antibiotics to be administered and complications prevented. 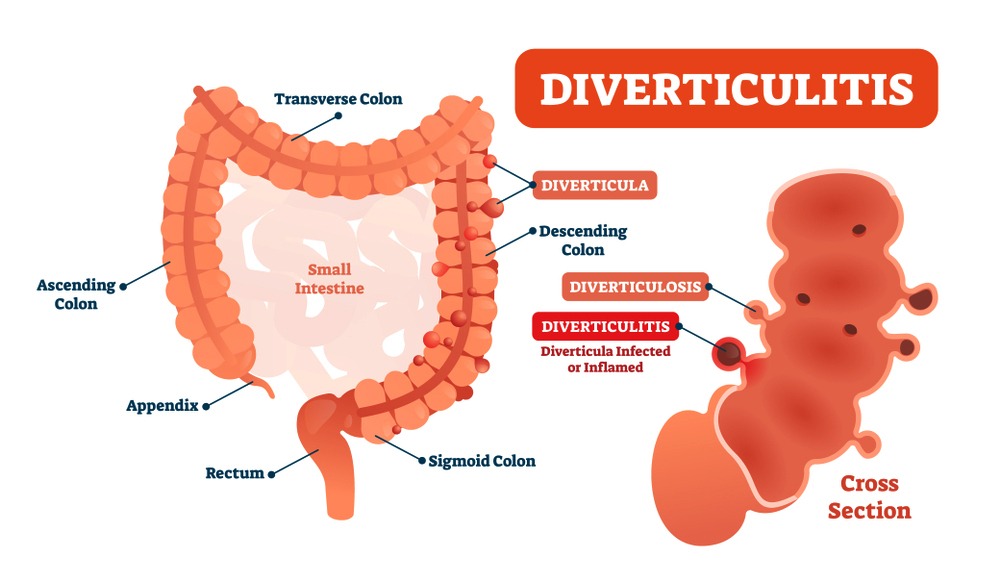 All complicated diverticulitis need hospitalization and up to half of the time, surgery.

The relationship between simple and complicated diverticulitis is 75% and 25%, respectively.

What complications does diverticulitis have?

The 2 most severe and important complications of diverticulitis are:

1. Sepsis (severe generalized infection) that may require admission to the Intensive Care Unit.

2. The perforation, which in most cases generates the obligation of emergency surgery. It can involve the urinary bladder, the uterus, the vagina or any other portion of the intestine.

Share this article on your social networks so that your followers also know the 10 signs of diverticulitis.

1 thought on “10 Signs Of Diverticulitis”