It is not difficult to love turtles, they are often cute in their own weird, sometimes strange and always fascinating way. But despite everything we think we know about these reptiles, many species may surprise us with particularly strange adaptations and remarkable abilities.

Some have traveled to the same space, if space, you read correctly, a couple of Russian turtles went to space in 1968. Discover with us all about these fascinating creatures! 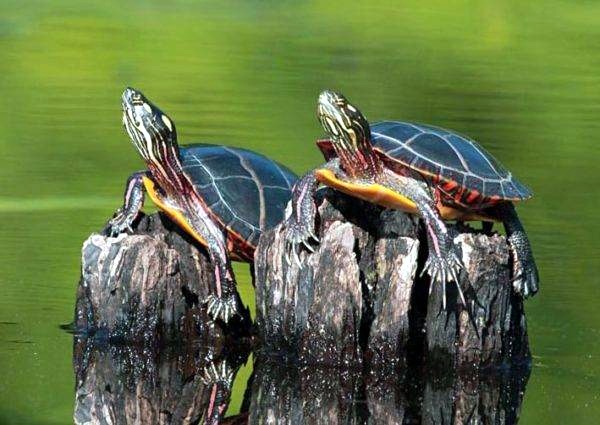 How are the Turtles?

Turtles are reptiles, ectothermic animals commonly called cold-blooded, characterized by a hard shell that encloses the internal organs of the body (Carapace), which has been the upper part, which is connected to a lower shell called plastron. There are three types of turtles: land turtles, freshwater or river turtles and sea turtles.

All species have one thing in common: they lay their eggs in a nest dug in the ground, even if they are marine or freshwater. Turtles are found on all continents except at the poles, and occupy terrestrial, semi-aquatic, freshwater, brackish and marine habitats. Its body is robust, protected by a well-developed bone plate armor, usually covered with scales, and they are mostly equipped with a corneal peak called ranfoteca.

This difference between the largest and smallest turtle in the world speaks in volume of the great diversity of this reptile family. Over time, evolution has created an increasingly diverse range of turtle species, each with its own special characteristics. 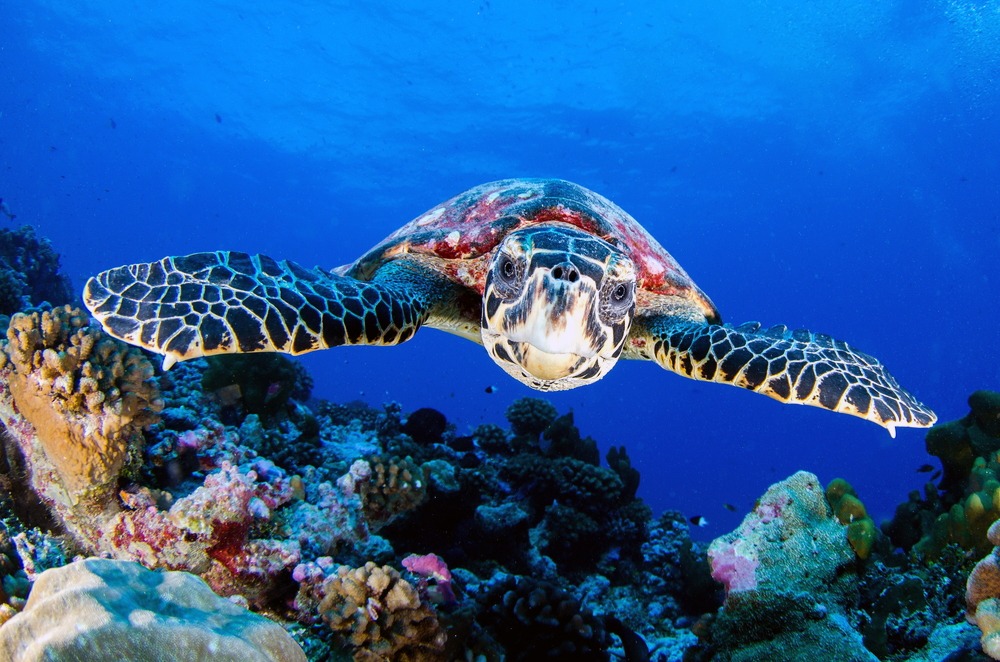 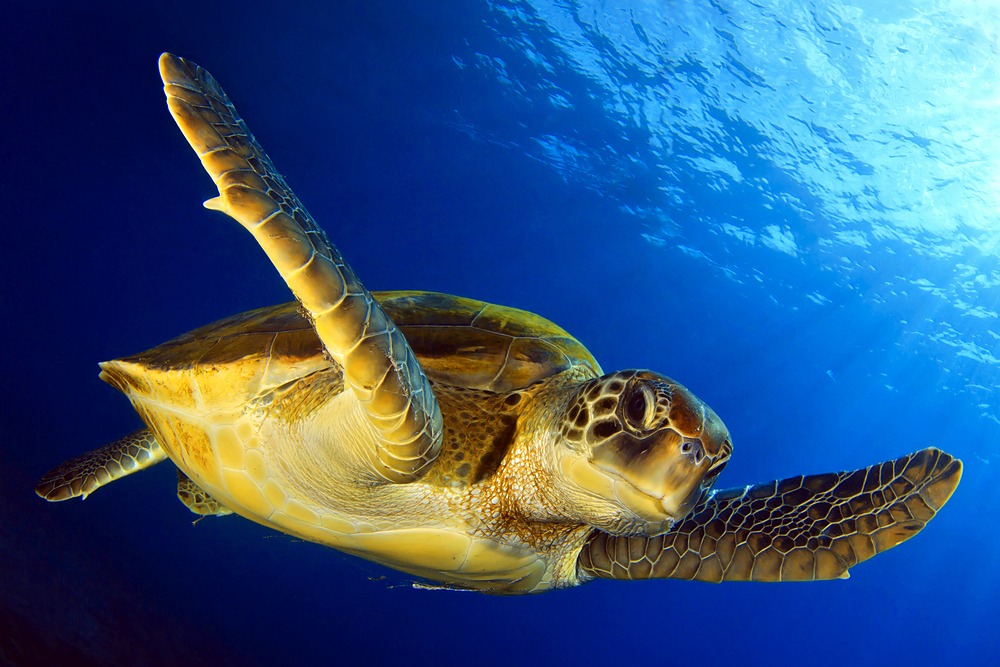 The fact that there are 356 species of turtles may seem incredible, since our knowledge about this species of reptiles is largely limited only to the differentiation of land turtles and water turtles , and of course the turtles that are kept as pets

Such ignorance about the different types of turtles is surprising, considering that these reptiles have existed on the planet for more than 200 million years, fossil records validate their existence during the High Triassic. Let's start from the biggest to the smallest let's talk about the Orders and their families, let's start classifying them to each and every one of them: Let's talk about them all !

Biologically speaking, turtles are reptiles belonging to the order of the testudines , which is classified into two groups (ie suborders): Cryptodira and Pleurodira . Turtle species that belong to the Cryptodira suborder are typically characterized by the ability to retract their head in the shell, while those belonging to the Pleurodira suborder are known for folding their unusually long necks and putting their head in the shell.

Find out more in detail in this graph where we will try to name the most emblematic turtles of each family and its region.

It comprises 356 species present in all geographical areas except in the Arctic.

#Family Testudinidae ( Terrestrial turtles ) 65 species in 18 genera, mainly from Africa and Asia, but also from Europe and America.

Biting Turtles
#5 species in 2 genera; Family not assigned to a superfamily.

#snake neck turtles, including the matamata turtle.
58 species in 14 genera of South America, Australia, New Guinea; Family not assigned to a superfamily.

Madagascar's big-headed turtles and long-necked turtles, including the arrau turtle.
8 species in 3 genera of Madagascar and northern South America.

The study of the anatomy of the turtles will give us the most distinctive characteristics of these reptiles. It is known that turtles have no teeth. They swallow and grab things with corneal jaws that contain sharp edges, almost like knives. Some turtles are completely vegetarian.

Others are completely carnivorous. Many are omnivorous, they eat what they find. Turtles cannot breathe like humans by expanding and contracting their shell. Instead, they depend on the muscles surrounding their lungs to do the job.

The shell is attached to the spine and ribs. The plastron fuses with the sternum. In hard shell turtles, the bone is covered by a shield made of a horn-like material. Soft-shell turtles have a hard skin cover over the bone shell.

Turtles are reptiles. Therefore they share reptile characteristics. For example, they have a distinctive heart with three cameras, two rear cameras (atria) and a front camera (ventricle) with a partition that divides the heart almost completely into two. On the contrary, mammals have a heart of four chambers and amphibians have a heart of three chambers without partition.

Another characteristic of reptiles is that they swallow instead of chewing their food. Many have jaw bones that bend and turn and even become unfit to allow the reptile to handle large prey. These developments freed the tongue from the manipulation of dams and allowed it to become a sensory organ. The bifid tongue that many snakes and reptiles possess dates back to about 65 million years ago. Collect chemical tracks in "stereo" that allow reptiles to locate things.

Another characteristic of reptiles is that they swallow instead of chewing their food. Many have jaw bones that bend and turn and even become unfit to allow the reptile to handle large prey. These developments freed the tongue from the manipulation of dams and allowed it to become a sensory organ. The bifid tongue that many snakes and reptiles possess dates back to about 65 million years ago. Collect chemical tracks in "stereo" that allow reptiles to locate things.

The reproduction of turtles is a fairly vast matter, for the reason that there are too many different species and these are mated through different procedures. As has been explained, there are tortoises , terrapins or river and sea turtles . In all these classifications we will find many species and their derived species as we have been detailing.

Let's start with the reproduction of land turtles , it begins with the mating that is preceded by a bridal parade during which the male can be quite aggressive, which can cause serious damage to the female.

During the mating ritual, the male chases the female, stimulates her with her shell and after immobilizing her, the fertile one.

Sea turtles mating
As for the reproduction of sea turtles . Mating takes place in the water, often in depth, at night and first thing in the morning. Also in this case, the reproduction is preceded by a bridal parade: the males swim around the females and then they are placed in front of their snout, which they tickle rapidly vibrating their very long claws, and then they get on the female's shell . 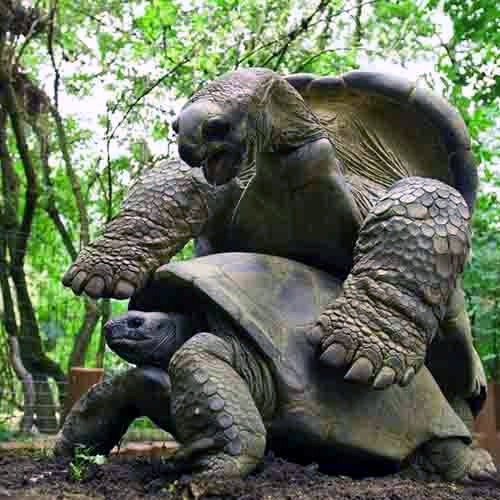 In aquatic and terrestrial species, during mating, the male clings to the anterior or posterior edges of its partner's shell. During this phase, it often emits sounds (Types of vocalizations).

A curious fact, as regards the reproduction of turtles, is that females can store sperm in a pocket species, for some years (4-5 years) after mating, which allows fertilization of the ovules without having to Repeat the mating act.

Where do turtles live?

Turtles have been found everywhere except in Antarctica. Their survival for 245 million years suggests that they are incredibly adaptable creatures when it comes to their surroundings.

Members of the Testudines family can be found on land and in the water. Some species live in hidden habitats, making use of their surrounding landscape to aid in protection. Habitat can also change for an individual if they migrate to a specific feeding zone. 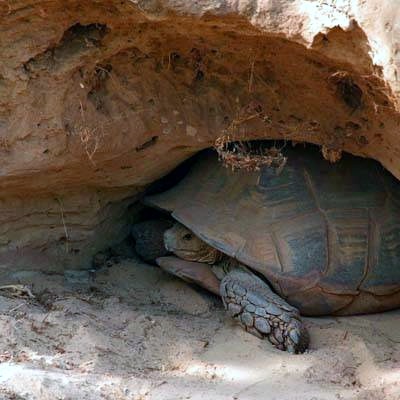 Turtles that live on land, and some water turtles also cross rocky, volcanic, wooded and sandy terrain. Species such as the Galapagos turtle are restricted to regions such as the Galapagos Islands. Hinge turtles live in dry and humid regions of Africa with extensive vegetation.The sulcata turtle withstands the heat of the desert in self-excavated burrows. Turtles are native to all continents.

What do turtles eat?

Feeding a turtle will depend on the species, in theory they will eat almost any kind of food, but they have their preferences can change greatly depending on the habitat, it is not the same as eating terrapins , that that They eat land turtles , just to mention some kind of distinction.

Most turtles are carnivorous when they are young, but they become omnivorous when they mature. Some feed primarily on plants, while others, such as the snapping turtle, actively hunt small creatures for food. A turtle's diet depends on what type of turtle it is, where it lives and has access. 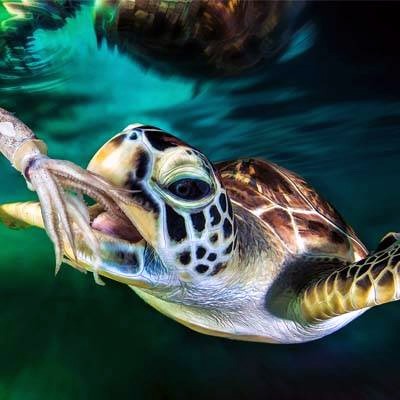 Despite the wide distribution of turtles in the world, there is not and seems to have never been a large number of turtle species at any time throughout its long evolutionary history.

However, the small number of species does not amount to a lack of diversity. There are shell turtles (the standard way to measure turtles) less than 10 cm (4 inches), as in the case of the flattened musk turtle (Sternotherus depressus) , and more than 2 meters (6.5 feet), such as in the case of the leatherback turtle (Dermochelys coriacea). 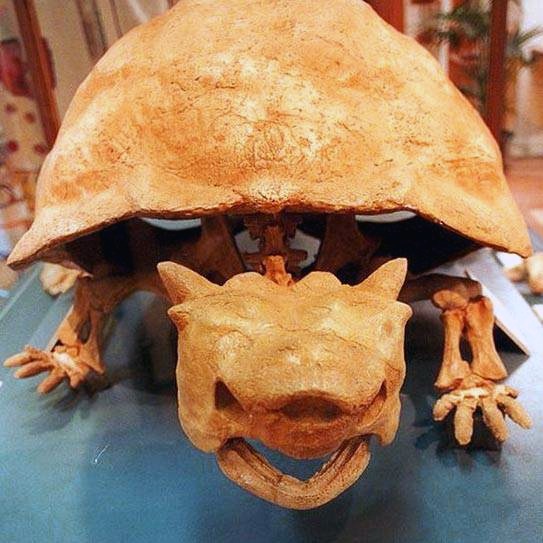 Some species live in seasonal cold climates with growing seasons of only three months; others live in the tropics and grow throughout the year. Some turtles rarely see water, while other turtles spend practically all their lives in it, either in a single small pond or traveling through the vast open ocean.

Both common and rare turtles are kept as pets. In the Western Hemisphere, pond turtles such as the red-eared turtle (Trachemys scripta) and the sea turtle (Pseudemys) are very often seen in pet stores.

Ornamented shells make some species valuable as pets, they also make them vulnerable to extinction in the wild, since these turtles are often found only in small geographic areas or do not breed in captivity.